Together we are growing in God's love 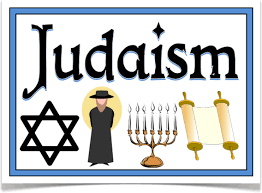 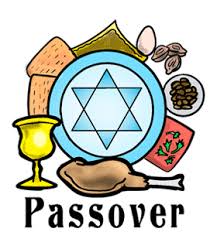 In Year 5, the children have been learning about Exodus - the time the Israelites were freed from slavery in Egypt, led by Moses.  We discussed how after 9 plaques and 9 refusals, the Israelites painted their door frames with a cross using the blood of a sacrificed lamb and were spared the Angel of Death from taking their firstborn sons - the angel passed over their doors.  The loss of the Pharoah's son led him to finally release the Israelites. Jews celebrate Pesach (Passover) twice a year in the Spring as an act of remembrance as it teaches about the value of freedom; that imposing beliefs on others is wrong; and that in difficult times spring will always come again.

Pesach will begin on 15th April and lasts until 23rd April. Jewish families eat a special meal at the start of Passover, called Seder - the word seder means order and their celebratory meal happens in stages in a particular order as they read and sing about the story Exodus.

Below are some photos of Y5's Seder meal and a video of the pupils hunting for hidden Matzo bread within the school library.  The pupils experienced the many stages of the Seder meal and even tasted carrots dipped in salty water to remind them of the tears shed by the Israelite slaves.  They tasted flatbread and drank grape juice in a similar manner to a typical Jewish family.

As we approach Lent, we will be exploring The Last Supper that Jesus had with his disciples - a Pesach celebration, but one that he altered and we participate in as Eucharistic Mass in church. 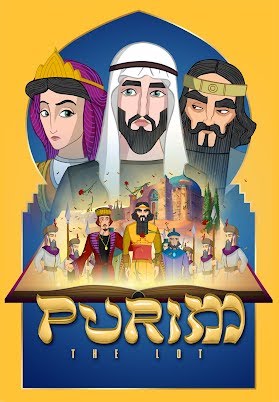 This Jewish festival begins on the evening of Wednesday 16th March with families fasting (not eating or drinking during the day).  This is in remembrance of Queen Esther asking the Jewish people of Shushan to fast and pray for her to have the strength to ask King Ahasuerus to save their lives. On Thursday 17th, Jewish communities celebrate Purim.  They do this by wearing party clothes (our children wore a variety of hats for our Purim celebration).  Jews make Mishloach manot gift bags of foods to give to friends and family and eat Hamantaschen biscuits, traditionally filled with prune or poppy seed paste, but for children chocolate or jam is often used.  See below photos of our Hamantaschen biscuits along with the recipe if you want to make these at home.  The children discovered that these are triangular in shape to represent Haman's hat, which was triangular in shape - Haman was the baddie in the story of Esther as he plotted to kill all the Jews.  He rolled lots to decide how long to make them wait before he was going to have them hung.  Purim is from the Hebrew word "Pur" meaning lots or dice,  During Purim, Jewish families will visit their synagogue.  Children will make noisy rattles to shake as the Rabbi reads the Megillah (Story of Esther).  Men sit downstairs whereas women will sit upstairs, and children can choose where to sit.  Each time the Rabbi reads Haman's name everyone makes a loud noise by shaking their rattles, stamping their feet or "Booing".  Each time Esther is mentioned they cheer as she is the heroine of the story.  Purim reminds the Jewish people of how good can overcome evil with courage and faith.

Recipe for Hamantaschen biscuits to make at home: https://toriavey.com/how-to/how-to-make-perfect-hamantaschen/

We use necessary cookies to make our site work. We'd also like to set optional analytics cookies to help us improve it. We won't set optional cookies unless you enable them. Using this tool will set a cookie on your device to remember your preferences.

Necessary cookies enable core functionality such as security, network management, and accessibility. You may disable these by changing your browser settings, but this may affect how the website functions.